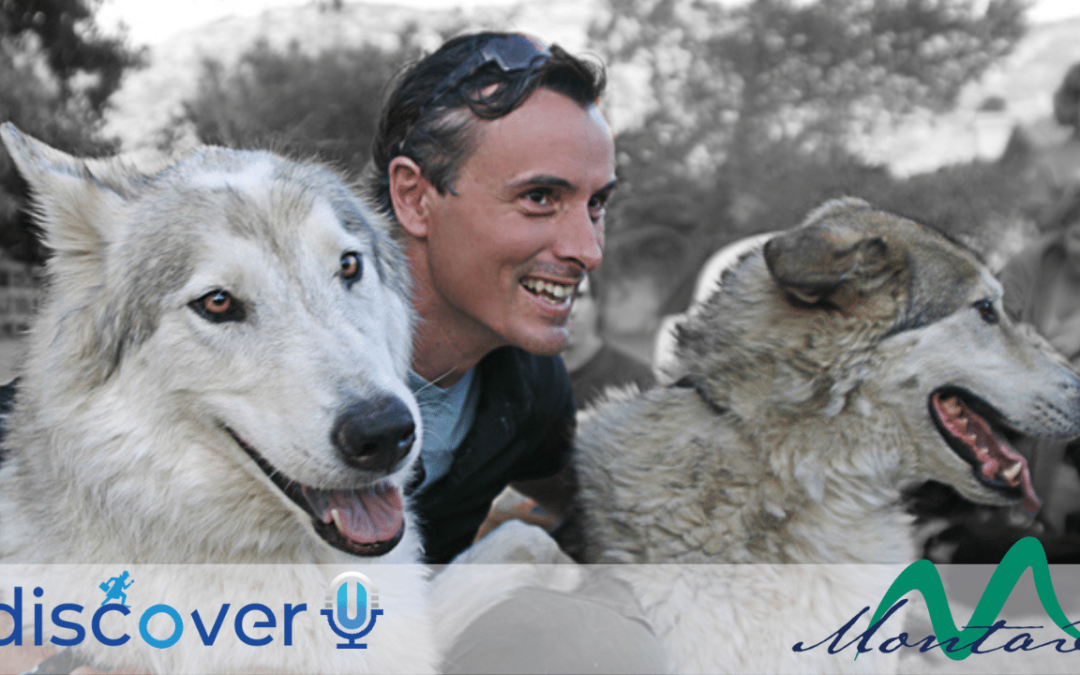 Can Wolves be Healing for Humans?

We’ve all heard the stories of the Big Bad Wolf who ate Red Riding Hood’s grandmother and blew down the Three Little Pig’s houses… and so, many of us have the idea that wolves are aggressive, savage animals. Thus, it might be quite a leap to imagine that such an animal could actually be therapeutic for humans.

Wolf Therapy may not yet have the stamp of approval from major American psychological associations, but nevertheless, at the Wolf Connection ranch in California, significant breakthroughs in mental and behavioral health issues are being seen every day.

Who would have thought that putting wolves together with at-risk youth, military veterans, and people experiencing substance abuse issues, would be beneficial? We may have heard of equine therapy, or therapy dogs, but wolves?!

Teo Alfero, the founder of Wolf Connection, explains in our podcast that evolutionary biologists believe wolves and humans have a bond going back hundreds of thousands of years, probably back to Neanderthal times. Research shows that humans learned a lot from wolves, including how to herd, hunt, protect their young, create a social structure with different roles, and establish a safe dwelling. Humans and wolves hunted together, protected the kill for each other, guarded each other’s pups, and helped each other survive. This bond of collaboration evolved over millennia, until the wolf became venerated by ancient cultures around the world as a teacher.

Scientists believe that we carry a memory of that deep-rooted bond in our DNA, so that when we are in the presence of a wolf, the primal part of us, the part that exists underneath all of our learned behaviors, traumas, and addictions, can more easily be contacted. There is tremendous liberation and healing that occurs in reconnecting with that essential core in ourselves.

How Does it Work?

When clients come to the Wolf Connection sanctuary, they begin by getting a tour of the wolf enclosures and hearing the stories of the rescued wolves that live there. All of the wolves have been bred in captivity and so cannot be released into the wild when they are abandoned. Most of them have stories of abuse, injury, and neglect. Clients are asked to pick a wolf whose story resonates with them, which often reveals the issue/s the client is dealing with themselves.

Through close observation, and (when safe), interaction with the wolf of their choice, they see how that wolf has been able to recover and find inner equilibrium. Wolves have highly attuned intuitive abilities, and they are often able to give the exact feedback to the client that is most needed in the moment for healing. For example, one wounded veteran who was severely disfigured due to a roadside bomb explosion, sat patiently waiting for several wolves to be released into an enclosure. Deeply entrenched in the story that no one ever picked him, because his experience had been one of rejection are fear, he was overwhelmed when one of the shyest female wolves made a beeline right for him and promptly sat in his lap, licked his scarred face, and put her paws on his shoulders. Tears of release streamed down his face, he felt accepted and recognized, and he was able to reclaim a part of him that knew he was capable and worthy of receiving love.

Is There a Program or Curriculum?

Clients are guided by a set of “wolf principles,” which teach simple but profound lessons. Lessons like “Wolves are ok with being who they are.” No matter what has happened to them—whether they have lost a body part, been used for drug smuggling, been shot, lost a sibling or parent, etc.—wolves find a way to leave the past in the past and embody their full capacity for living.

The curriculum also includes hikes in nature with the wolves, collaborative projects in the arts, performance and construction, as well as various initiatory ceremonies and sharing.

At Montare, we are always interested in investigating cutting-edge modalities, while grounding our program in evidence-based practices. We enjoyed learning about this innovative and unconventional therapeutic approach, and hope you will too!

We believe that every client who comes to us is capable of finding their pristine, authentic core self, and we are committed to supporting this journey with compassion, and a high standard of excellence.

Listen Here to our Discover U Podcast