A Woman’s’ Right to Recover 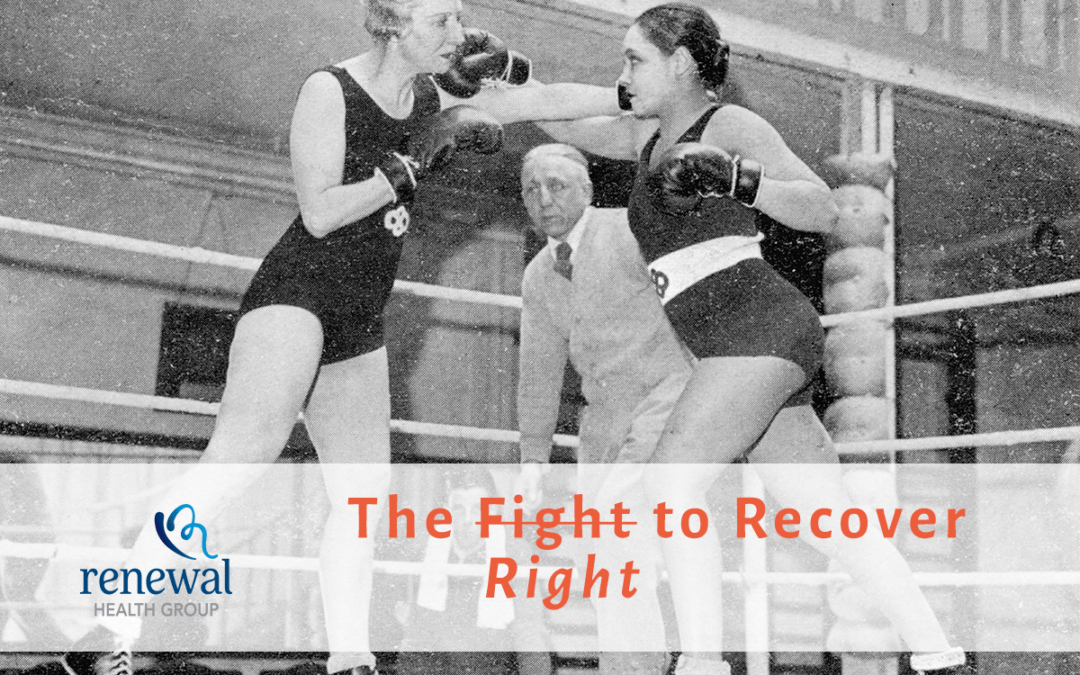 In Celebrating Women’s History Month 2022, we decided to take a look at the herstory of women in Recovery. We have come a long way, and we still have further to go. Together we can break the stigma. Mental Health and Recovery go hand in hand.

The label of “bad mother” was especially painful to women then, as it is now. One of our leaders at Renewal says:

“I so badly wanted to be a good mother, daughter, and friend but my addiction took all of that from me. Being a sober mother has changed the way I connect with my children, the way I show up for them, and love them unconditionally. I am able to be a daughter to my mother without needing anything in return. I am able to have meaningful relationships with other women which has been a huge part of my sobriety. We need each other.” Stephanie R

It’s only in the last forty years that we have understood that some important factors affecting both physical and mental health are different in men and women.

Today there are many gender-specific programs for treating substance abuse. There’s an understanding that women’s and men’s needs in recovery can be quite diverse. Domestic abuse, sexual trauma, and cultural attitudes all contribute to why addiction recovery can be more difficult for women than for men. It’s useful to look back in order to understand the context of how we got where we are now.

Some of the first recorded cases of drug dependency in women are as early as the 1780’s, when it was common for doctors to prescribe opiates to upper-class women who were afflicted by “nervous ailments.” Many women used opiates as they were more acceptable than using alcohol. Eventually, when the addiction became severe, most were relegated to insane asylums.

The publication of a biography of women alcoholics, Confessions of a Female Inebriate in 1842, led to more awareness of the problem. Dr. J. Edward Turner introduced the idea that inebriety was a disease and could be treated medically. He was instrumental in establishing the New York State Inebriate Asylum. It was the first institution designed and constructed to treat alcoholism as a medical disorder in the United States.

Opening in 1846, four hundred of the first four thousand applicants were women. The majority sought treatment for addictions to opium, morphine, and chloroform. At this point in history, a woman seen drinking alcohol would produce scorn and condemnation.

Leaving aside the romantic notion of the tortured artist who used substances to fuel his inspiration, (exemplified by figures like Edgar Allan Poe and Ernest Hemingway), by the 1920’s users were increasingly stigmatized. Seen as escapist, selfish, and unproductive, a drain on society, addicts were often seen as having irredeemable character defects. Women who used substances were labeled as dangerous because their actions could not be controlled or predicted, and they would likely be a corrupting influence on morally upstanding men.

Up to this point, finding successful treatments for alcoholism and substance abuse had been somewhat elusive.

In the mid 1930’s Dr. Bob Smith, a surgeon in Akron, Ohio, met Mr. Bill Wilson, a stockbroker from New York, and they came up with a system for getting sober using the principles from a spiritual organization called The Oxford Group. Those principles became the foundation for Alcoholics Anonymous, a worldwide organization, now estimated to have 2.1 million members.

In the early days, women were an unwelcome minority. Dr. Bob did not feel that the program would work for women and did not know how to handle them, often referring them to his wife for consolation. Bill W “recalled ‘explosions’ that took place around the [feared] ‘out-of-bounds romance’ and the arrival of alcoholic women at meetings. Whole groups went into uproars and a number of people [men] got drunk. We trembled for AA’s reputation and for its survival.” (p. 241, https://aamo.info/upload/AABOB_Oldtimers_E.PDF).

Organizing their system of recovery into a book, the founders of AA were originally going to call the book “One Hundred Men.” One of the early female members, Florence Rankin, is credited for squashing that idea, and the book became titled “The Big Book.” The first edition included her story.

Marty Mann was another pioneering woman in the quest to help destigmatize alcoholism, especially for women. Born in 1905, Margaret “Marty” Mann grew up in a privileged environment in Chicago. A debutante in the roaring ‘20’s, her marriage to a “party boy” fell apart because of their mutual dependence on alcohol. Soon after her divorce, her father filed for bankruptcy, and she went to work in PR, building a successful career. But her drinking got worse. A psychiatrist treating her gave her an early draft of The Big Book, and she was so moved by it, she went to meet Bill W and started attending AA meetings. Her story, Women Suffer Too, was included in early editions of the Big Book.

In 1944, some doctors at Yale University formed “The Yale Plan for Alcohol Studies” in order to bring new discoveries and education to the alcoholism treatment field. Mrs. Mann felt a calling to join them to create change in public attitudes toward the disease and its sufferers. She was especially interested in helping women alcoholics. She founded an organization called The National Committee for Education on Alcoholism, Inc. which opened its offices on October 2, 1944. N.C.E.A. eventually became the National Council on Alcoholism.

Mrs. Mann’s core messages were these:

1.  Alcoholism is a disease, and the alcoholic is a sick person;

2.  The alcoholic can be helped, and is worth helping;

3.  Alcoholism is a public health problem, and therefore a public responsibility.

At the time, these ideas were revolutionary, now they are widely accepted.

In the 1950’s newscaster Edward R. Murrow included Marty Mann on his list of the ten “Greatest Living Americans.” Her contribution to the modern understanding of the dynamics of addiction treatment cannot be underestimated. When women today read the Big Book, and encounter the anachronistic, male-dominant language, they can appreciate the courageous pioneering spirit of the women like Marty Mann, whose contributions have opened the way for women in recovery to be treated with the same dignity, resourcefulness, and care as men.

The journey through addiction recovery is rarely easy. Renewal Behavioral Health is here to support you.

We understand what it requires. There is a lot of hope. One of the greatest gifts we can give to ourselves, and to others, is to turn our struggle and pain into our gift to the world, as one of our staff/alumni has done in her own life.

We hope it offers you inspiration and encouragement.

My path to recovery was a hard one, one that most certainly almost killed me. I was a walking zombie feeling nothing but emptiness inside. I failed over and over before I was able to gain freedom from active addiction. Turning my will over to God was the best decision I ever made for myself. Now having said that, it was also one of the hardest decisions of my life. For the person who doesn’t believe they can do it, I once thought that too, but life on the other side so beautiful and it is because I chose to surrender. The promises have proven to be true, I have a life better than I could have envisioned and a career that gives me so much fulfillment. In addition to that, every goal I have set I have been able to achieve, my parents have their daughter back, and I have learned to love and believe in myself so that when I look in the mirror I can be proud of the woman I am today. I know I am one of the fortunate ones, and that many who struggle with the disease of addiction unfortunately never make it to share their experience, strength, and hope, so for that I am truly grateful. Hailey